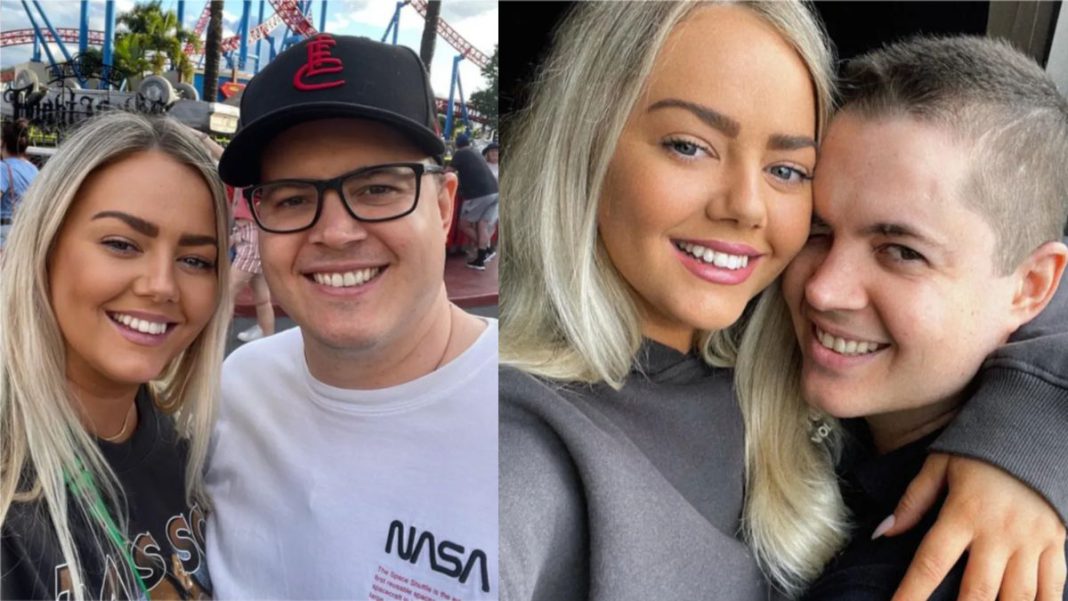 Ruffo, who is battling brain cancer, describes girlfriend Tahnee Sims as the person who ‘keeps me strong’.

Johnny Ruffo, an X Factor contestant and former Home and Away actor, has made hints about potential wedding plans with Tahnee Sims.

The 34-year-old says he is “very lucky” to have Sims by his side as he undergoes his “tough” treatment for terminal brain cancer.

He also disclosed that Sims had given him a “nudge nudge” on getting engaged.

He told Yahoo Australia, “She’s obviously given me the clue about, you know, getting engaged.”

“Oh, this ring and that ring are both pretty.

“So I believe that could possibly be in the works. There is no doubt that I am being nudged.

Ruffo recently honoured Sims on her birthday by posting a picture of a cake in the form of a love heart on social media.

On November 17, he tweeted, “Have a fantastic birthday to this strong, incredible, outstanding, gorgeous lady who I am so extremely blessed to call my girlfriend.

In an interview with Yahoo, Ruffo claimed that Sims was the one who “kept me strong.”

He stated, “I feel like she’s fighting as hard as I am, but she also has to put up with me.

Without her, it would undoubtedly be more difficult.

He also broached the sensitive subject of how Sims would cope if he lost his cancer battle.

“I suppose it’s inevitable for the ones that you love that at some point they’re going to have to go through something that’s quite difficult,” he said.

“So try and spend as much time as you can with them.

“And so when they do think about you, they think of the good things and they smile.”

Sims and Ruffo started dating in 2015.

He made the heartbreaking statement that his cancer had come back in November 2020, and in August 2022 he was informed that the disease was terminal.

Ruffo stated his desire to spend as much time as possible with loved ones in a September interview with 7Entertainment.

I know the cancer is terminal, but I’m going to do everything I can, and I’m already doing it, to kick this thing in the a**, he said.

In addition, he said he wants to pursue acting opportunities, keep up with music, and start presenting.

In reference to his 2017 diagnosis, he remarked, “I felt like I was just kicking goals and I just couldn’t miss, and then all of a sudden the roof came crashing down.”

“I mean, I was like God dammit, everything just came to a grinding halt.

“And it was going so well, I felt as though everything that I wanted to achieve, I was achieving.

“Everything was just going in the right direction for me, so (now) I kind of want to take off where I left off.”