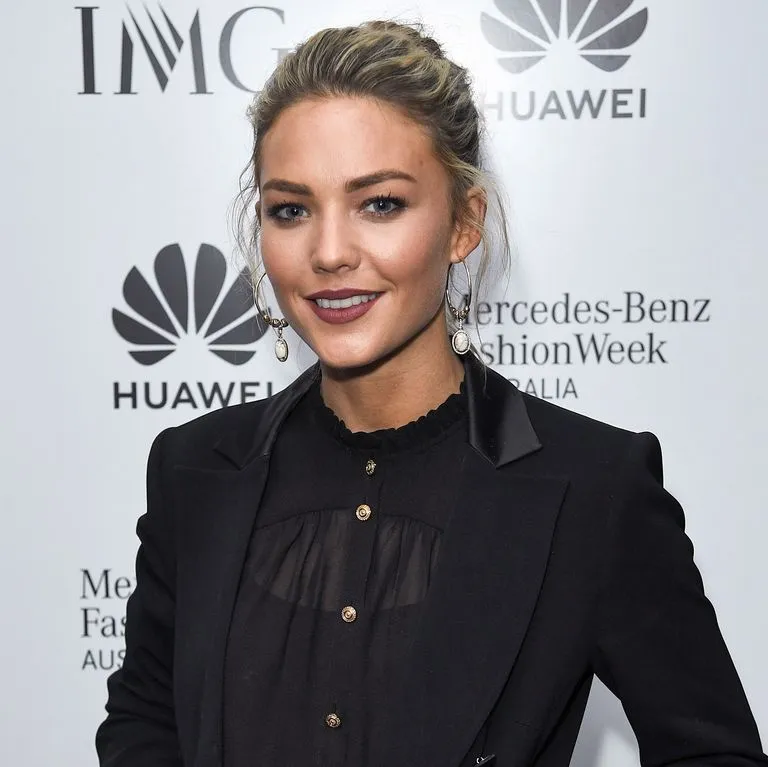 ‘It was incredibly difficult for me.’

Sam Frost, a former Home and Away actress, has spoken out about her “very difficult” first trimester of pregnancy.

Fans of the Australian soap opera will recognize Frost as Jasmine Delaney. She is presently expecting her first child with her fiance, Jordie Hansen.

In a recent article on her own blog, Believe by Sam Frost, the actress was frank.

She admitted that she had a very difficult time both mentally and physically throughout the first trimester.

“I had no idea how difficult being pregnant would be on my emotional state. Everyone advises waiting to announce your news until the “safe zone” at 12 weeks because the danger of miscarriage significantly decreases after this point. There is no one size fits all because everyone is unique. Please wait if it makes you more comfortable to do so.

“However, as soon as I had a positive result from an at-home test, I informed all of my close girlfriends, homosexual friends, and relatives. I couldn’t keep it a secret—I was so excited. I wanted to tell my closest loved ones the news, and I’m so glad I did I did since, as the symptoms appeared (after about 6 weeks), my mental health rapidly declined.

Frost, who made an appearance on The Bachelorette in 2015, continued by revealing that she spent the next two months in bed after becoming “very exhausted and throwing up regularly.”

“I feel so different from who I once was. I was active, healthy, and full of energy before becoming pregnant. I was also usually laughing uncontrollably and eager for new experiences. All I can eat right now is bread with Vegemite. I essentially spend the entire day asleep, only getting up to urinate (often) and vomit.

“At 15 weeks, my nausea is slowly lessening, but I still have trouble keeping anything down.”

“I cannot tell you how many times I have thought about all the ladies and families who aren’t in a position where they can stay at home when they feel the same way,” the soap opera star continued. And to the single mothers who are making it on their own, I have nothing but the utmost respect and admiration for you.

This is not a sad story. Not wanting sympathy or attention, this was not written with those goals in mind. When I was going through the worst of it, I felt incredibly isolated, so I composed this. Pregnancy is glamorized on social media. Nobody discusses the unpleasant truth.