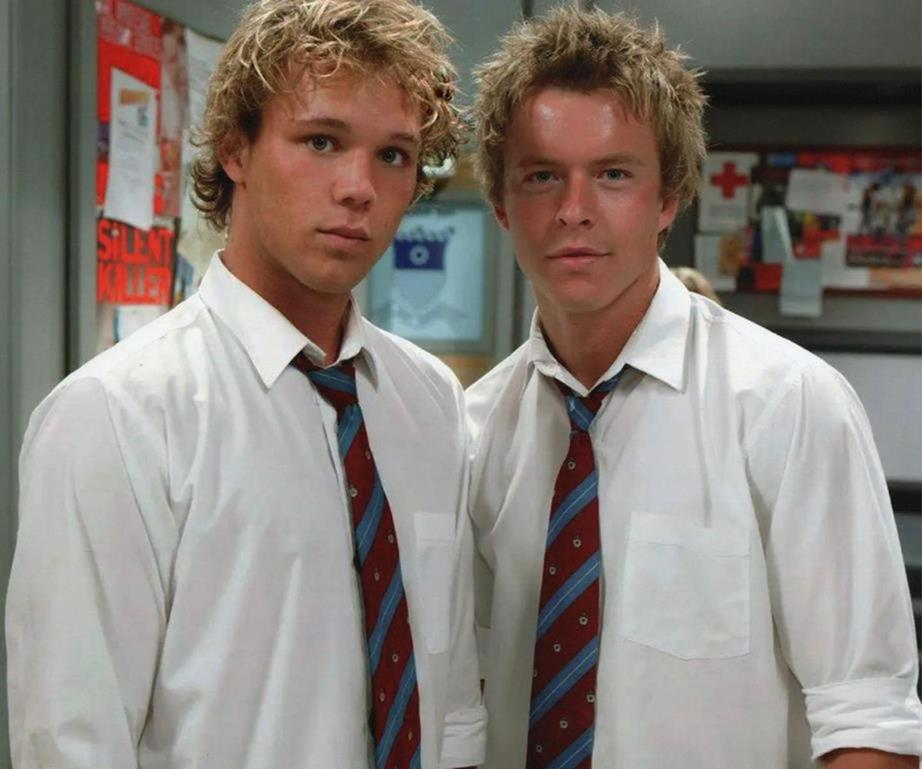 Two of the most cherished former cast members of the soap opera, Home and Away, have reunited for a very special purpose, which is sure to please longtime fans.
Lincoln Lewis, who portrayed Geoff Campbell on the programme, posted a black-and-white photo of Todd Lasance, another Summer Bay veteran, on Instagram (Aden Jefferies).

Lincoln captioned the photo, “Putting down auditions today with this bloody large glass of water.”
“When will we be working on our next joint project, brother, from Summer Bay to Blacksite? Asap, sh-t needs to happen “He composed.
“Hard to focus on my scenes when I’m gazing at a chiselled Adonis,” Todd himself wrote in a flirtatious response to the homage.

Lincoln and Todd co-starred in the action-thriller Black Site in 2021, in addition to sharing the beach at Summer Bay. The two pals had previously played characters in the US television series Spartacus.
They obviously haven’t forgotten their origins, though.
Lincoln celebrated 15 years on Home and Away in April of this year.

The actor surprised fans worldwide by sharing a flashback image from the Summer Bay set alongside Todd, who left the soap in 2010 along with Lincoln.
15-year reunion photo The actor captioned the picture, “Around this time 15 years ago, @toddjlasance & I had entered Home & Away and begun shooting within a few weeks of each other.
The photograph of the two of us as puppies in the Summer Bay High School was shot a month or so after we began filming the show.

The epic coming-of-age tales, camaraderie, competitiveness, and tonnes of banter made up Geoff and Aden’s “great times.” still friends today.”Lincoln and Todd planned to replicate their famous shot from the made-up Summer Bay High School as their special anniversary drew closer.

He teased, “We stated if we were in Sydney we would’ve tried to get the old uniforms on for this pic but maybe that’s on the cards for the next Syd trip.
Even funnier, Lincoln and Todd hilariously reenacted their vintage photo at the Supanova Comic Con & Gaming Expo.
“Always very appreciative of the show’s fans who still stop by and chat with me about the days on the bay.

The caption for this photograph from last week read: “Epic moments all around & dead set, couldn’t hold back the laughing!”