Home and Away Spoilers – Marilyn leaves Summer Bay behind 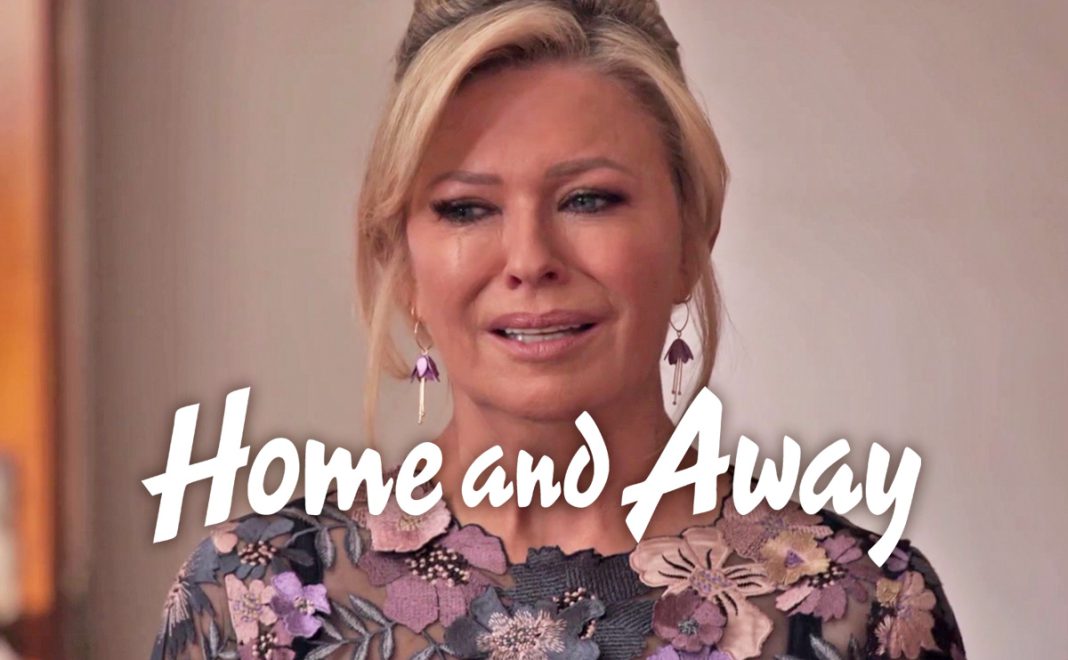 Tonight’s episode of Home and Away in Australia saw Marilyn leave town, just days after her friends discovered the truth about her connection to newcomer Heather.

Recent information has shown that Marilyn became pregnant with Heather as a result of an affair she had with her supervisor, Timothy, in the middle of the 1990s.

She gave Timothy and his wife the infant child so they could raise her as their own. She honestly thought it was the proper decision, reasoning that the kid would thrive in their care. Tragically, it seems that Timothy’s wife made Marilyn’s daughter’s life miserable. Around 27 years later, Heather found her birth mother in Summer Bay.

Heather made the decision to exact revenge on the mother she believed abandoned her at birth because she was unhappy with how much Marilyn was adored by her friends in the neighbourhood. However, that was just the beginning of her attempts to sabotage Maz’s ties with Roo and her ex-husband John (Shane Withington).

She pretended to be making amends in last week’s episodes when she invited Marilyn and her family to breakfast at a sizable country retreat, which turned out to be Heather’s old boarding school. She beat Marilyn over the head and gave the other four sleeping pills before holding the five hostage.

Alf was hospitalised as a result of Heather’s dramatic actions because the powder she put in his champagne aggravated his pre-existing cardiac problem.

Justin (James Stewart) raised the alarm when none of the diner ladies showed up for their shift back in Summer Bay. Maz and her pals were put in grave danger when Rose (Kirsty Marillier) learned that her adopted mother’s remains had been found in Heather’s freezer.

Shortly after, Cash (Nicholas Cartwright) and Rose (Kirsty Marillier) raced into the large homestead in which Heather was keeping Maz and the other Summer Bay stalwarts captive.

With Rose tending to the others, Cash chased Heather and Marilyn up to one of the house’s balconies, where Heather dragged Marilyn onto a ledge.

Heather eventually lost her balance when a portion of the balcony crumbled, despite Cash’s best efforts to reason with her. Marilyn remained on the balcony safely as she dropped to the ground below.

Heather miraculously managed to escape the fall with only minor wounds. Maz visited her daughter at the Northern Districts Hospital and informed her that she would no longer be able to participate in her life. She had wanted to connect with Heather, but she was aware that their relationship wouldn’t work because Heather had too many problems.

None of Marilyn’s loved ones feel anything bad about her, despite the fact that she was extremely ashamed of suppressing the truth about her daughter for so long and for what Heather had caused her friends to go through.

Talking to TV Week, Ray Meagher explains, “Alf’s disappointment in the whole thing was that Marilyn didn’t tell him the truth right from the start. When the truth comes out, obviously he would forgive Marilyn in a heartbeat. He sees her as another daughter.”

Marilyn made the decision to leave her friends in tonight’s Australian show, despite their apparent forgiveness. She wrote a statement to Alf and Roo thanking them for their friendship over the years and letting them know that she thought of them as family.

“Dearest Roo and Mr Stewart,” the note read. “I haven’t told you enough that you’re not only the best friends I’ve ever had, you’re family. You gave me a home and I don’t deserve you.

“I’m sorry for the trouble that I’ve caused – and for that I think it’s best if I move on. So this is goodbye from me. I’ll treasure our time together always. Marilyn.”

The note contained no clues as to where she had fled to, leaving them in the dark.

Of Marilyn’s decision to leave, Ray told TV Week, “it’s devastating for Alf that Marilyn feels so bad about this whole mess that she has to leave the bay. She’s been through hell with this daughter and he can’t believe that she’s left and he can no longer help her.”

Later this week, Roo and Alf attempt to contact Marilyn but are unsuccessful because it is obvious that she does not want to speak with them.

“Sure, [Cash is] a copper,” Ray explains. “But he’s also a citizen of the bay. Why wouldn’t he help get these two people back together.”

However, Cash isn’t backing down. Marilyn has made herself clear, and Cash has to respect that. Marilyn’s location will remain a mystery to them.

Fortunately, Cash is able to help, and he starts looking for her.

Just a few days later, he had accomplished that. But the news is not good. Cash is compelled to inform her friends that she doesn’t want to be found even though Marilyn is safe.

Alf is upset by the news, but Cash is the one who has him in a rage since he isn’t certain that Marilyn isn’t in danger.

“Sure, [Cash is] a copper,” Ray explains. “But he’s also a citizen of the bay. Why wouldn’t he help get these two people back together.”

However, Cash isn’t backing down. Marilyn has made herself clear, and Cash has to respect that. Marilyn’s location will remain a mystery to them.

Marilyn has left our screens numerous times since 1989, when she initially moved to Summer Bay. In reality, we now know that she gave birth to Heather between 1992 and 1995, during one of her numerous breaks.

Since her 2010 return from over a decade gone, she has become a familiar sight in the bay. Is Marilyn really gone forever after believing that she has betrayed her pals with such a massive bombshell?