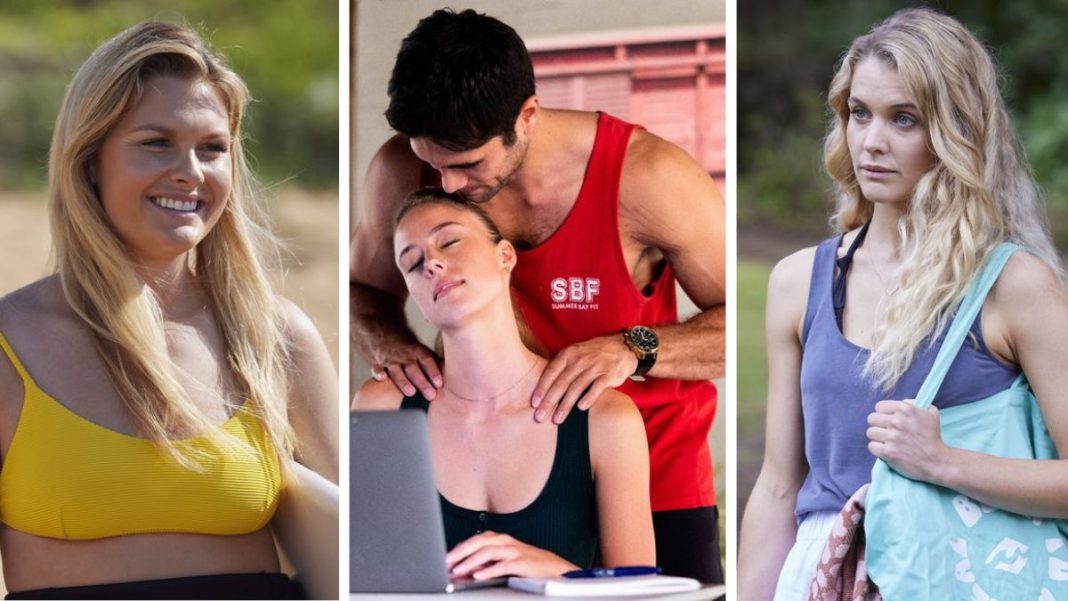 Your full collection of photos showing what’s ahead on UK screens in the week commencing Monday, October 31.

He tells Felicity that a complaint has been made against him at work for police brutality, after he used excessive force during an arrest.

Tuesday, November 1: Bree heads out for a surf

She’s in high spirits, but not for long.

Tuesday, November 1: Bree spots something in the distance

She sees Remi, but he’s not alone.

He has moved on with his attentions after learning that Bree is married.

Tuesday, November 1: Bree heads in the opposite direction

It seems that she still has feelings for Remi.

They struggle to be friends after Remi’s previous flirtation.

Wednesday, November 2: Remi wants to get things back on track

Bree isn’t so sure.

Wednesday, November 2: Remi can see that Bree is avoiding him

He suggests they should talk about it.

Wednesday, November 2: Remi and Bree spend some time together

They finally manage to relax and enjoy a platonic relationship.

Wednesday, November 2: There’s a sense that Bree is still longing for Remi

How strongly does she feel about him?

Wednesday, November 2: Ziggy heads out for a surf

She continues to enjoy her passion.

She’s hit with a wave of morning sickness.

Ziggy has now been struggling with morning sickness for some time.

She won’t let the nausea stop her from doing what she loves.

She checks up on her Summer Bay neighbour.

Deciding not to mention the morning sickness, she makes out that she’s fine.

Thursday, November 3: Dean sends a text to check in on Ziggy

He wants to make sure everything is okay after Ziggy’s recent bouts of nausea.

John watches on and isn’t impressed.

But John soon warns Nikau to get back to work.

John is starting to realise that Heather is not to be trusted.

Thursday, November 3: Heather realises that she can’t fool John as easily as Marilyn’s other friends

John thinks that something is strange about Heather’s interest in Marilyn.

Thursday, November 3: Heather has a new challenge on her hands

How can she stop John from causing trouble for her?

John’s tyres have been slashed.

Friday, November 4: Alf watches on as John heads over

He wonders who could be responsible.

It seems that Heather could have been to blame.

He gives her an impromptu massage.

He wants to discuss the future.

Friday, November 4: Tane has become inspired by Ziggy and Dean’s commitment to each other

He recently learned that Ziggy is pregnant. But does Felicity want to settle down in the same way?