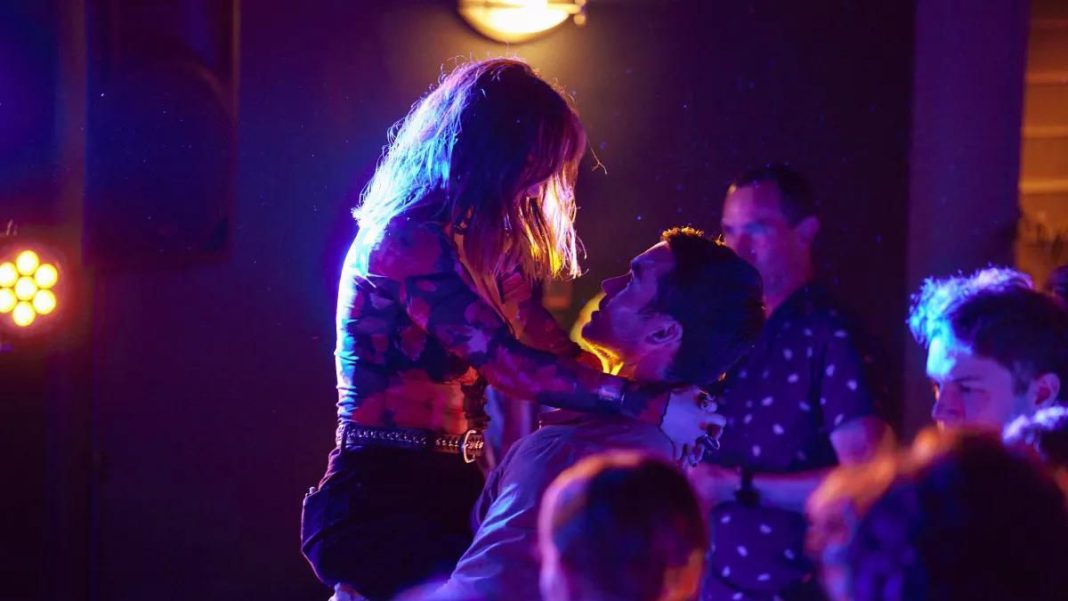 Home and Away star Jacqui Purvis shares all you need to know about the bay’s brand new arrivals, Lyrik, aka Bob, Eden, Remi and Kirby.

Jacqui Purvis, a star of Home and Away, has revealed all there is to know about Lyrik, the Summer Bay newcomers who are about to literally shock Felicity “Flick” Newman’s world!

Felicity is thrilled when her musical friends Eden (Stephanie Panozzo), Bob (Rob Mallet), Remi (Adam Rowland), and Kirby (Angelina Thomson) follow her to the bay after she returns from a business trip to the city.

However, Tane Parata’s boyfriend (Ethan Browne) is perplexed as to why a band is performing on his front lawn.

Tane is a little taken aback and isn’t quite sure what’s going on. Jacqui, a star of Home and Away, chuckled.

“He’s a little bit guarded and a bit unsure at the start. But Flick is just Flick and having the time of her life and wants everyone to move in with her.

“Tane is a bit like, ‘Maybe not! Let’s just calm down for a second,’ so she has to do a bit of steering things in her direction, as usual. She’s very persuasive!”

After having the bold new idea to relaunch Salt with a regular band night, Felicity persuades the band to stay.

She is aware that a great deal is on the line now that she shares ownership with restaurant creator Mackenzie Booth (Emily Weir), who was nearly bankrupt due to a mound of debt.

Felicity agrees to give it a shot despite control freak Mac’s initial scepticism, and soon they are putting up posters all over town.

Felicity, who never loses her enthusiasm, is eager for it to succeed and is also looking forwards to the opportunity to spend time with her best friend Eden.
They have known one other for a while because Felicity used to work in a bar where the band performed, and after work they would have drinks, relax, and hang out, according to Jacqui.

Her and Eden have a great friendship. In those days, they grow incredibly close. She hadn’t been in touch with the band since they briefly went on tour.

She has always cherished Eden and would sacrifice anything for her.

The night is a major success after a few hiccups, including a brief hissy fit from Bob, the leader of Lyrik, who feels too famous to be playing a free show in a little town.

But as soon as Felicity makes a significant discovery, her joy quickly turns to astonished disbelief.

It is obvious that Eden and Cash Newman (Nicholas Cartwright) have been more than just friends when they leap off the stage to embrace one another. Felicity even learns that the two formerly had a torrid relationship!

“Flick finds that news! Eden informs her about it after she confronts her about it, and she is naturally shocked. Jacqui made known.

It will undoubtedly add some tension and be shocking to her. Why wouldn’t she tell her? Honesty is a foundation of friendship.

Since vocalist Phoebe Nicholson left Summer Bay, there hasn’t been a consistent musical performer there, so Lyrik are a really welcome addition, according to Jacqui.

The band will undoubtedly perform, and there may also be some upcoming musicians you haven’t heard of, so pay attention! Jacqui made fun.

“I was thrilled to learn that a band was going to be formed. Free concerts, please!

Why not utilise the ability and singing abilities that are present on our show.

“I believe it will be incredibly entertaining and enjoyable! That’s what we now require. to relax, have fun, and enjoy the entertainment of outstanding people.

Of course, the cast of Home and Away contains more skill than just the Lyrik band members, who are all professional musicians.

Could Lyrik find themselves with a new band member?

“Who knows? I hope so,” shared Jacqui.

“It would be cool to see them all together so Matt can show off his amazing voice.”

Jacqui knows better than most about Matt’s singing talents, as the co-stars are currently sharing a house together! Has some of his musical interests rubbed off on her?

“Yes, we’re housemates! We get along so well and it’s so easy, so we love it,” confirmed Jacqui.

“I do play guitar a fair bit and sing a bit but it’s literally only for myself and no one else. I’m not showing anyone, because I’m definitely not up to the standard of Matt!”