Mick Carter of EastEnders gets disturbing news as his tale of violence continues.

First-look images have been revealed, as tonight (October 16) Mick Carter gets some troubling news from Tina in EastEnders.

Mick (Danny Dyer) has failed to process the news that, after the arrival of Frankie Lewis (Rose Ayling-Ellis) in Walford, he was sexually assaulted as a 12-year-old boy by his former carer Katy. 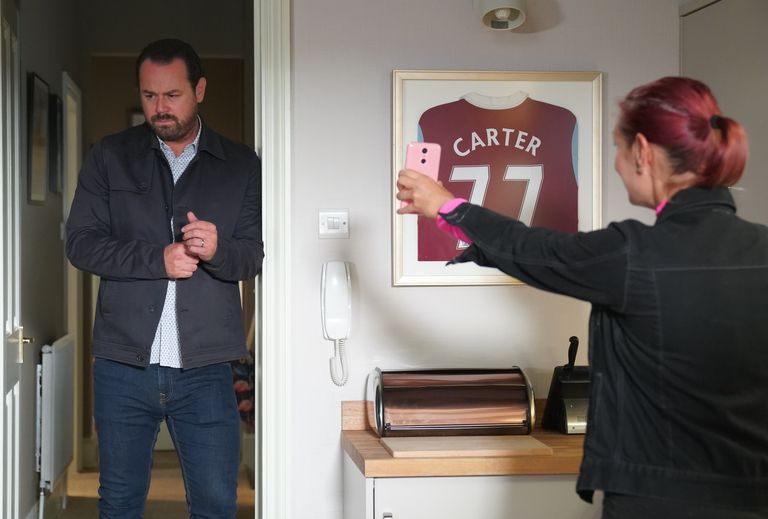 Frankie first convinced Mick that she was his long-lost daughter, but since then, she has been shocked to discover that her birth was the result of the predatory actions of her mom.

Her former boss Tina (Luisa Bradshaw-White) next unintentionally digs up awkward details with Frankie having left her job at Prince Albert to get away from the discovery.

Tina has no idea about Mick’s sexual assault, assuming only that when he was in treatment, Katy was responsible for helping turn young Mick’s life around.

A happy Tina will confess to Mick in new photographs of scenes airing on Friday night that her attachment to Frankie led her to meet Katy all these years later. 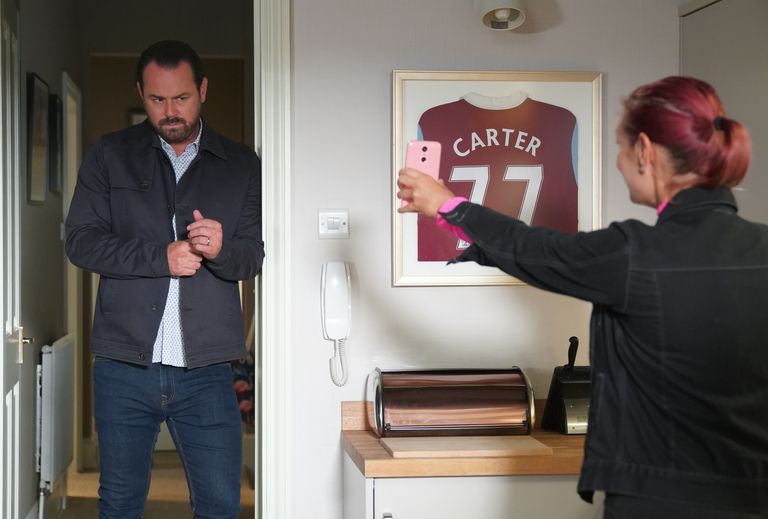 Mick is far from enthusiastic about the news, appearing incredibly unhappy with his family’s possibility of getting back in touch with Frankie’s aunt.