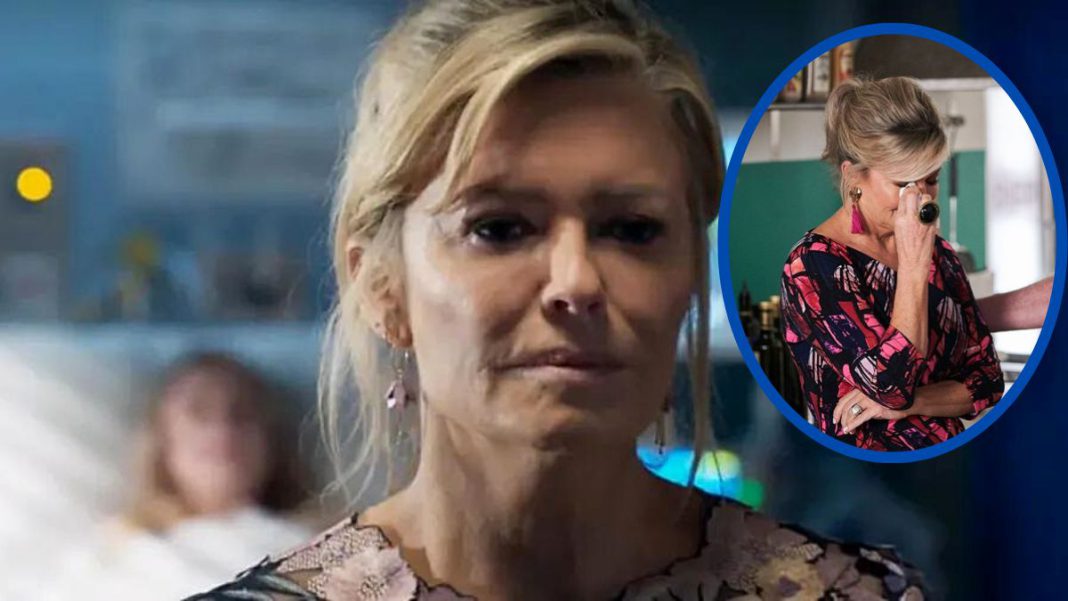 Last week on Home and Away, Heather Fraser (Sofia Nolan) held multiple Summer Bay residents hostage before falling off a rooftop and ending up in hospital.

This week, Marilyn Chambers (Emily Symons) decides to run away, a wedding is called off and Remi Carter (Adam Rowland) feels helpless.

While none of Marilyn’s friends blamed her for Heather’s terrifying plan, the usually-bubbly blonde becomes despondent and can only blame herself.

After seeing Alf Stewart’s life in danger due to her mistakes, Marilyn can’t help but feel her image is tarnished.

Marilyn resolves to depart Summer Bay without saying goodbye to anyone after her ugly secret is revealed.

Her friends need need to find a frail Marilyn, so they ask the police for assistance. Will Cash be able to locate Marilyn, or is she truly lost?

Tane and Felicity’s wedding is off

When Felicity Newman (Jacqui Purvis) agreed to his romantic proposal, Tane Parata (Ethan Browne) was overjoyed, but she wasn’t on the same page.

Felicity chooses to do what comes naturally to her: self-sabotage, rather than discussing her anxieties with Tane.

According to Jacqui, “She doesn’t think she is good enough and is going through a little bit of an identity crisis.”

She fears commitment so much because everyone she loved has abandoned her.

Cash Newman (Nicholas Cartwright), who is listening to Felicity’s complaints about the stress of getting married, loses it.

The owner of Salt realises she’s hit a chord when she reminds Felicity that he would do anything to be engaged to Jasmine Delaney (Sam Frost).

Everything provides her a chance to reset and really helps her see it from a different perspective, says Jacqui.

Tane prods Felicity to explain what she thinks is wrong after seeing that something isn’t quite right. He finally realises that she isn’t interested in making a commitment to their union or the wedding.

Felicity has “lost everything,” according to Jacqui, and she is solely to blame. She continues, “You only realise what you desire [after] it’s gone.

Bree Cameron (Julie Godwin), who is stuck in an abusive marriage, was found to have physical injuries on her face as a result of Jacob’s (Alex Williams) anger tantrums, which Remi learned about last week.

Jacob confronts him this week and makes an effort to frighten the musician.

Remi pretends to be unaware of Jacob’s abuse because he worries that it would prevent his friend Bree from being wounded even more.

Remi assures Bree that he would do whatever she needs, even if it means remaining silent, despite the fact that he cannot understand why she is unable to end the marriage.

Remi is Bree’s lone glimmer of optimism in a tense and tragic circumstance.