“Tane goes into survival mode”: Lives are on the line during a dramatic shoot-out on Home and Away 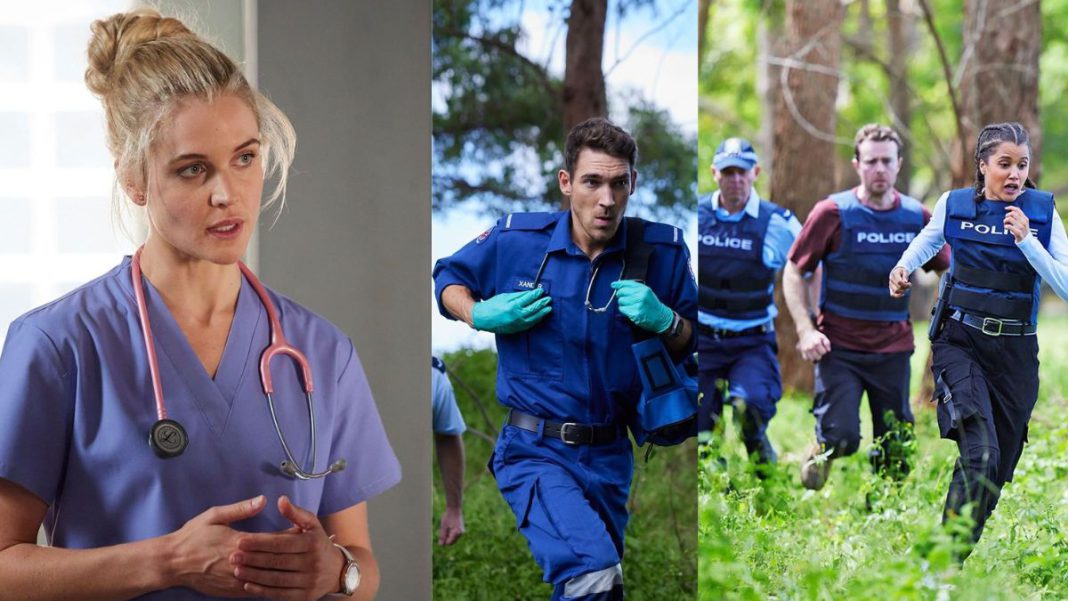 Someone gets shot and may not survive.

Hold your breath, Home And Away fans. This week, someone may not make it out alive.

Tane (Ethan Browne) starts to perspire as he is surrounded by tough bikies in an isolated warehouse. He poses as wanting to talk business with Marty (Ben Wood) and Tex (Lucas Linehan), but his true goal is to covertly record a confession from the bikers about utilising his gym to launder their illegal gains.

Police officers Cash (Nicholas Cartwright) and Rose (Kirsty Marillier) are present outside and are listening in through an earphone.

Cash gets caught up in the mayhem. (Image: Seven)

The risky situation is described as “a full-on raid,” but Nicholas emphasises that Cash and Rose must exercise extreme caution.

Tane and Rose, who is still seeing Tex in order to learn more about him, came up with a strategy earlier to take down the gang. Tane’s bold action might win him his freedom or it can cost him dearly.

“Tane first consents to gain time to come up with a strategy to stop the gang. He poses as helpful so people won’t become suspicious “explains Ethan, 31, to TV WEEK.

“But the gang have threatened to go for his family if he doesn’t comply, so he does whatever he can to prevent that.”

“It’s a full-on raid, but Cash and Rose have to be so careful.” (Image: Seven)

Tane’s partner Felicity (Jacqui Purvis) and nephew Nikau (Kawakawa Fox-Reo) are concerned back in Summer Bay. Tane has vanished and is not returning their calls. Utilizing the Find My Phone tracking app is Nikau’s suggestion.

They rush to assist him as his phone follows his uncle to the bikie headquarters. Are they, however, stepping into a trap?

The bikies start to have suspicions as Tane tries to get the data he needs. Tex, however, exaggerates their illicit behaviour and is overconfident.

Just before Nikau storms in, Rose manages to signal the raid.

The bikies are terrified by distant sirens and are captured when the police swoop. Tane fights to keep his loved ones safe in the chaos as Rose and Cash go after Tex and Marty as they run away.

“Filming the raid was so much fun,” Lucas says.

“The setting needed to be even more tightly managed than usual because there were so many moving parts and it was a hectic situation. Stunt drivers, armourers for weapons—you name it—were there!”

The bikies pull their weapons as the police pursuit continues. Cash and Rose seek safety while Tane and Nikau depart. But when a shot is fired and someone collapses to the ground, it’s too late for one of the characters.

Home and Away New Promo: Return After the commonwealth games 8th august 2022

Mid-Season Return promo: Mistake Will be Made, Promise Will be broken, Lines will be crossed, shots will be fired

Home and Away: Sophie Dillman and Patrick O’Connor live it up in Europe