What’s her secret? Home and Away’s Ada Nicodemou, 45, looks as youthful today as she did 21 years ago as she attends The Phantom of the Opera premiere 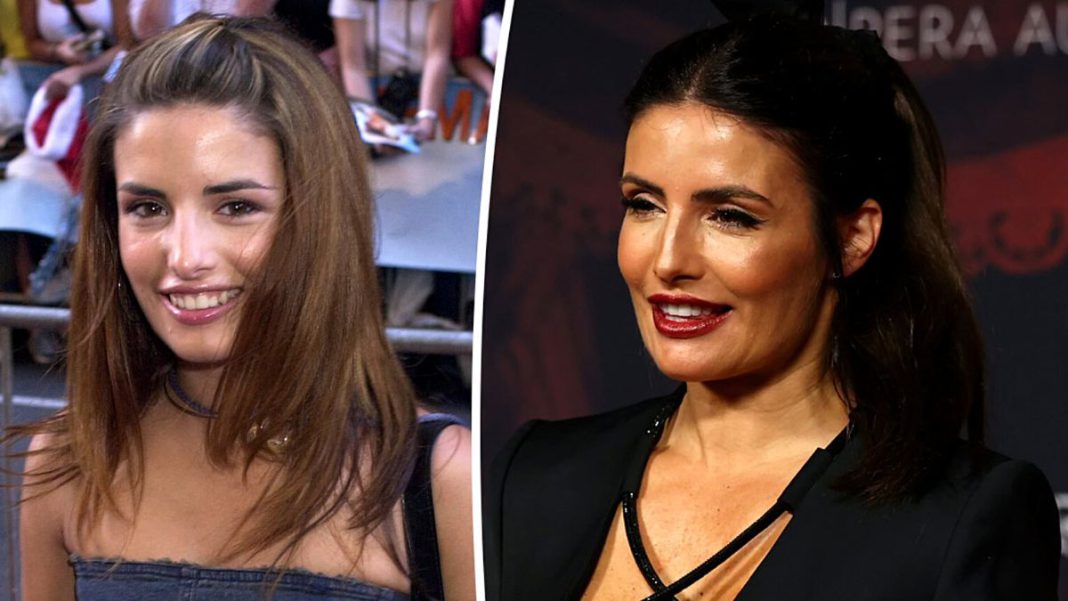 For the past 20 years, Ada Nicodemou has portrayed Leah Patterson-Baker on Home and Away.

However, the actress, 45, doesn’t seem to have aged much since making her Summer Bay debut.

When she attended the Phantom of the Opera premiere in Sydney on Friday, Ada attracted notice to her extremely youthful looks and wrinkle-free face.

She wore a simple makeup look to the occasion to highlight her youthful complexion.

Ada wore a black minidress with crisscrossing accents over the bust, and she looked stunning.

In addition to showcasing her tiny pins, the ageless actress wore a dress and dark red heels.

She chose a stunning makeup look with a dramatic red lip and wore her hair pulled back in a ponytail.

Ada previously acknowledged that she occasionally uses Botox, but she has refrained from using dermal fillers to change her naturally beautiful looks.

The soap star responded to a troll who dubbed her “fake” on Instagram in 2019 by disclosing the amount of her cosmetic treatment.

I don’t use fillers, I hardly ever use Botox, and the only surgery I’ve had done is breast augmentation, which is something I’m perfectly entitled to do, Ada wrote.

The actress admitted to Daily Mail Australia in 2018 that she was not morally against cosmetic surgery.

When questioned about Botox, she responded, “Everyone should do whatever makes them feel wonderful.” “I make absolutely no judgments about it.”

Ada also underwent a body-transformation challenge with Who magazine in July 2018 and shed five kg while gaining muscle.

She lost weight over the course of an eight-week workout regimen that emphasized strength training, such as push-ups and sit-ups, bringing her weight down to 47 kg.

Ada stated in an interview with Body and Soul magazine from last year that adhering to a plan is essential for maintaining her youthful appearance.

I plan when I’ll workout as soon as I get my weekly schedule from work,’ she said.

“I’ll put this in my diary and essentially schedule a meeting with myself.” I make sure that exercising is a priority since doing so shows that I am also important.

She continued, “My workouts are time for me to spend on myself, therefore they are incredibly essential to me and always have been.”

Ada recently revealed to New Idea that she works out hard and consumes a lot of protein-rich foods to maintain her shape.

Last year, Ada noted in an interview with Body and Soul magazine that adhering to a schedule is essential for maintaining her youthful appearance.