Home and Away spoilers: Felicity suspects Cash and Eden are secretly hooking up 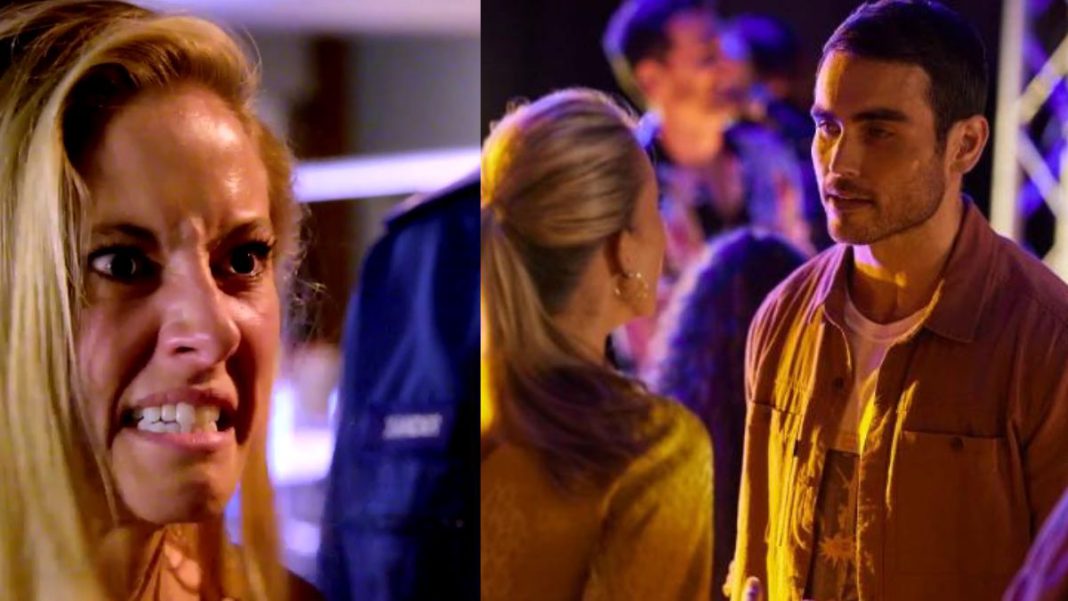 The night of Salt’s big relaunch has arrived, and Felicity (Jacqui Purvis) is nervous as she watches the lighting being set up in the restaurant. She begins to doubt whether she has it in her to be co-owner, especially as she couldn’t even get Lyrik to confirm they can even play the gig. Tane (Ethan Browne) reassures her that if she could handle poker nights, she can manage a totally legal band night. But this doesn’t help Felicity – after all, what if nobody comes?

Fears Felicity had before the gig start to fade. As more guests arrive, a throng quickly forms to support Lyrik as they perform onstage. Drinks are being served, and the dance floor is lively. Tane is glad to see Cash (Nicholas Cartwright) enter the building because she is proud of Felicity. The off-duty policeman is astonished, though, when he glances towards the theatre and notices Lyrik on stage. Flick is perplexed—her brother likes this band, right?

Clearly uncomfortable, Cash starts to go, but Eden (Stephanie Panozzo) spots him and leaps from the platform into his arms before he can leave. While the entire crowd applauds and watches, Cash is visibly embarrassed. Felicity is shocked; why is Cash acting out because Eden is in town? Cash expresses anxiety for Jasmine’s (Sam Frost) reaction if she learns that another lady leapt on him in that manner when the siblings finally catch up with him. Felicity believes her brother is overreacting, but that’s really Eden’s style, in her opinion.

Eden is taken aback by Cash’s behaviour towards her because he used to be enthusiastic about her but now doesn’t seem to give a damn. Tane wonders if there was ever a romantic relationship between the two. Felicity first ignores it, but after the gig she has a realisation and confronts Eden. Why did they interact like that? Eden admits sheepishly that she had had a sexual relationship with Cash. Felicity is enraged because she could have hurt Cash’s feelings. She admonishes Eden and claims that he now has Jasmine.

Home and Away spoilers: New love triangle between Ziggy, Dean and Remi?