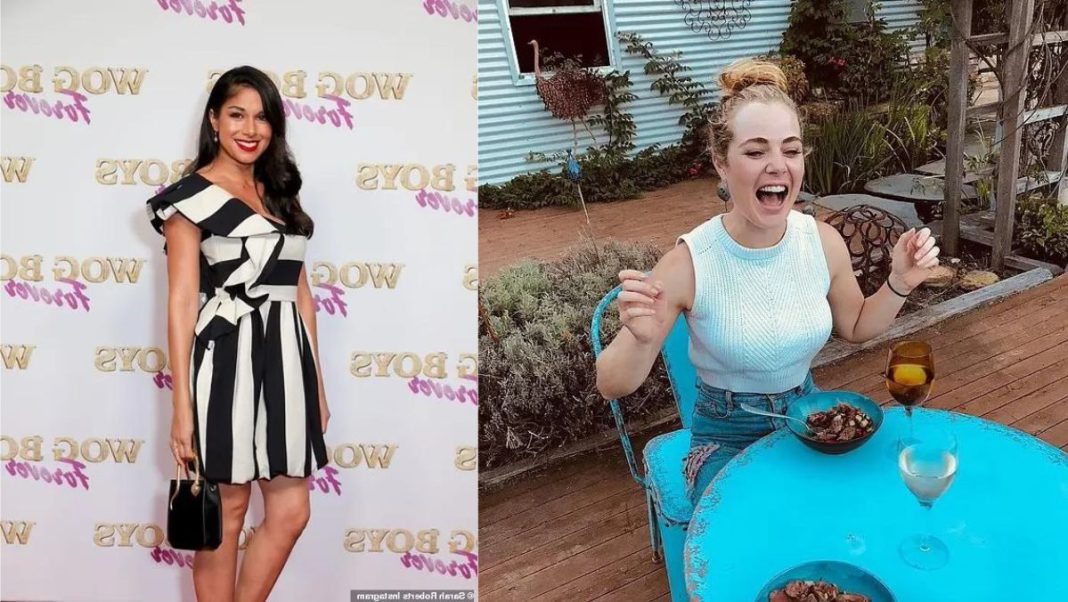 James Stewart and Sarah Roberts, the iconic pair from Home and Away, are rumored to be having relationship problems.

Rumors began to circulate after Stewart, who wed Roberts in 2019, was conspicuously absent from the Wog Boys Forever premiere on Thursday night in Melbourne.

Stewart no longer follows her on Instagram, according to the Daily Telegraph, and she was “nowhere to be seen on the red carpet.” Although Roberts was still sporting her wedding band during the occasion, Roberts’ agency shot down rumors of a breakup.

Roberts’ management has been contacted by Daily Mail Australia for comment.

According to the Daily Telegraph, the couple reportedly sought couple’s counseling in an effort to mend their relationship after months of rumors of their breakup circulated.

In November 2018, Stewart, 46, and Roberts, 37, became engaged. At the restaurant where they had their first date the year before, he proposed. On the outskirts of Dublin, at Luttrellstown Castle, the couple exchanged vows in July 2019.

The actor, who portrays Justin Morgan on Home and Away, and his ex-fiancée Jessica Marais have a 10-year-old daughter together named Scout. Sarah revealed to Stellar magazine in 2020 that she had miscarried twice after getting married. Stewart and ex-girlfriend Jessica Marais, whom he met in 2009 while filming Packed to the Rafters, have a kid together.

In October 2010, they announced their engagement, and Scout was born in May 2012. The couple split up in 2015, and James later reflected on why: “I suppose hearts move in separate directions ultimately.” James and Jessica Marais (above) first met in 2009 while filming Packed to the Rafters. In October 2010, they became engaged, welcomed Scout in May 2012, and separated in 2015.

Home and Away’s Ziggy admits issues in relationship with Dean

Home and Away spoilers: Nicolas Cartwright reveals major death drama for Cash: ‘This is just the beginning’