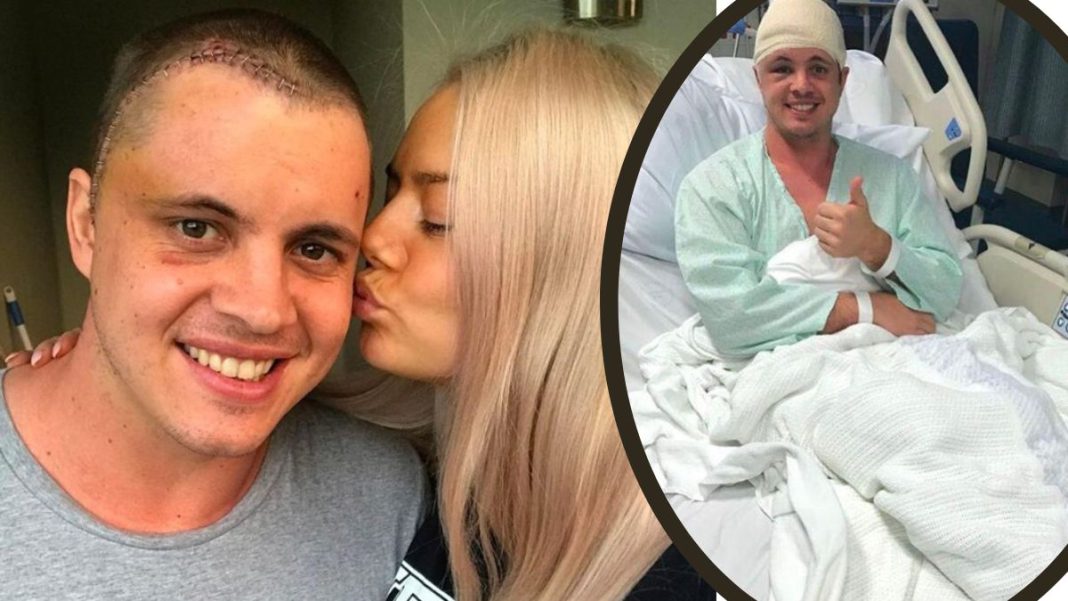 “Exactly 5 years to the day since my diagnosis.”

Johnny Ruffo has marked an important day in his cancer journey.

Taking to Instagram, the singer shared a slew of photos from within the hospital getting treated, with his partner Tahnee Sims by his side.

“Exactly 5 years to the day since my diagnosis,” the former Home and Away star wrote.

Emily Symons penned in the comments: “Sending so much love to you Johnny ♥️??♥️.”

Johnny’s partner Tahnee also marked the day on her own Instagram, sharing a slideshow of photos and writing: “Five years on ? In awe of you every single day.

“Still a huge battle ahead but a major milestone reached that was at times uncertain. Grateful for you always @johnny_ruffo.”

The X Factor alum was quick to comment on the tribute, jotting: “5 years to the day and I’m still so grateful for every day I get to spend with you ❤️ ❤️.”

Lynne McGranger, a close friend of the couple, expressed her support for Tahnee and Johnny by writing: “Love you guys.”

Johnny received his initial diagnosis of brain cancer in 2017 and later declared himself free of the condition in 2019.

But in November 2020, Johnny revealed the heartbreaking news that his illness had come back in an Instagram post.

He added besides a picture of himself and Tahnee, “After an unexpected week of seizures and severe headaches it is with a heavy heart that I have to let you know I now have another enormous struggle ahead of me as my brain cancer has returned.”

He continued: “Though i will dig deep and beat this sh-t disease again #f-ckcancer.”

The actor has since updated his followers on his battle with cancer.

The musician surprised his fans by appearing on Dancing With The Stars: All Stars in April of this year.

In an all-black outfit that included a top hat, suit, and tie, Johnny onto the dance floor with Masha Belash, who was wearing a lovely green dress.

Following their jazzy dance set to Domino’s song The Business of Love, the duo received a standing ovation.

“It was excellent and motivating. We are so happy to have you back up there, buddy. You are such a champion “Todd McKenney, the judge, said him.