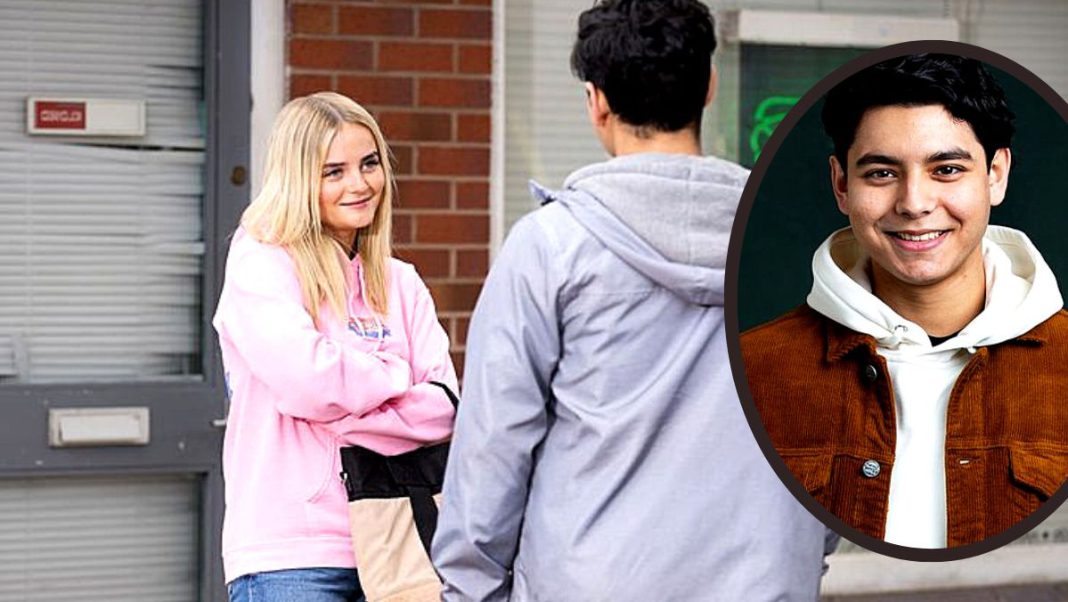 Can they make things work?

Rumors of Aadi Alahan and Kelly Neelan’s relationship have been confirmed by Coronation Street.

In the days to come, the Weatherfield teenagers will become closer as Kelly faces some terrible circumstances.

In the episode airing on Friday, July 15, Kelly tells Aadi how she found another of her dad’s former loan shark customers.

Kelly promises to repay this person because she wants to use her late father’s money to make peace with everyone he hurt.

Aadi agrees to accompany Kelly on her perilous assignment because he is still worried about her welfare.

In appreciation, Kelly asks that they go on a date later in the evening.

Instead, Kelly storms off to meet the client alone after a disagreement with Gary Windass, who is worried about what she’s up to.

When Kelly fails to show up for their date at Speed Daal as scheduled, an unaware Aadi is perplexed. Kelly is later abducted and held captive by the exact people Kelly is trying to aid.

We explained earlier this week how Gary will ultimately save Kelly and transport her safely back to her home.

Following that, Kelly apologizes to Aadi for standing him up and hazily explains that something unexpected happened.

When Kelly offers that they give it another shot, Aadi realizes that she is still into him.

When the actors who play Aadi and Kelly, Adam Hussain and Millie Gibson, were seen working on location together earlier this month, romance rumors for the two characters started to circulate.

Kelly and Aadi’s friendship was also a topic of discussion for Millie last year. She said of the two of them: “I do genuinely enjoy their connection, they’re like two lost souls but they’re also quite different in their upbringing and morals.

Kelly is tricky, so Aadi could be a little out of his element with her, but I do adore their friendship and how supportive he is of her.