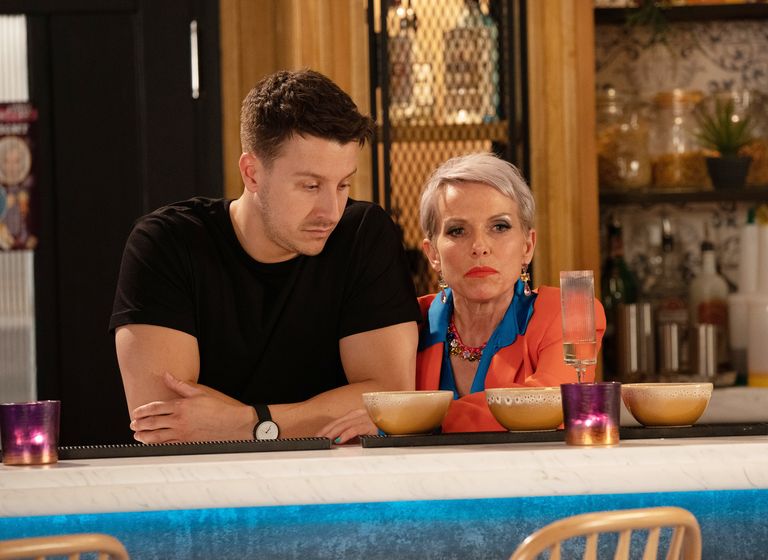 Will Debbie get out of her financial mess?

In Coronation Street, Debbie Webster is in a difficult situation; the following week, she will resume her cunning behavior.

Debbie’s financial status has taken a knock as a result of the incident at the hotel when Ed Bailey received an electrical shock, and she is doubtful of her ability to climb out of it.

When she starts brainstorming ways to compensate Ed before things get worse, Ed’s brother Ronnie suggests she try themed nights at the Bistro.

However, Debbie is not one to follow logic, so she pushes the plan forward without hesitation.

Debbie confides in Ronnie because she needs someone to talk to about how horrible things are for her and that the only options she sees are bankruptcy or a job in the insurance industry.

Debbie, though, gains some optimism when she overhears Ryan Connor discussing his debt load with the medium.

What does Debbie have in mind for Ryan? Debbie believes she may have a plan for how she may utilize that to escape her financial predicament.

You can vote for Coronation Street in the Inside Soap Awards in the meanwhile to express your support for the show.

Georgia Taylor, Millie Gibson, and Sally Carman are all contenders for best actress in Corrie, while David Neilson, Michael Le Vell, and Mikey North are up for best actor. In the major award categories, they will compete with actors from EastEnders, Emmerdale, and Hollyoaks.

The All-Time Icon award, a brand-new category this year, invites viewers to vote for the greatest soap opera character of all time.