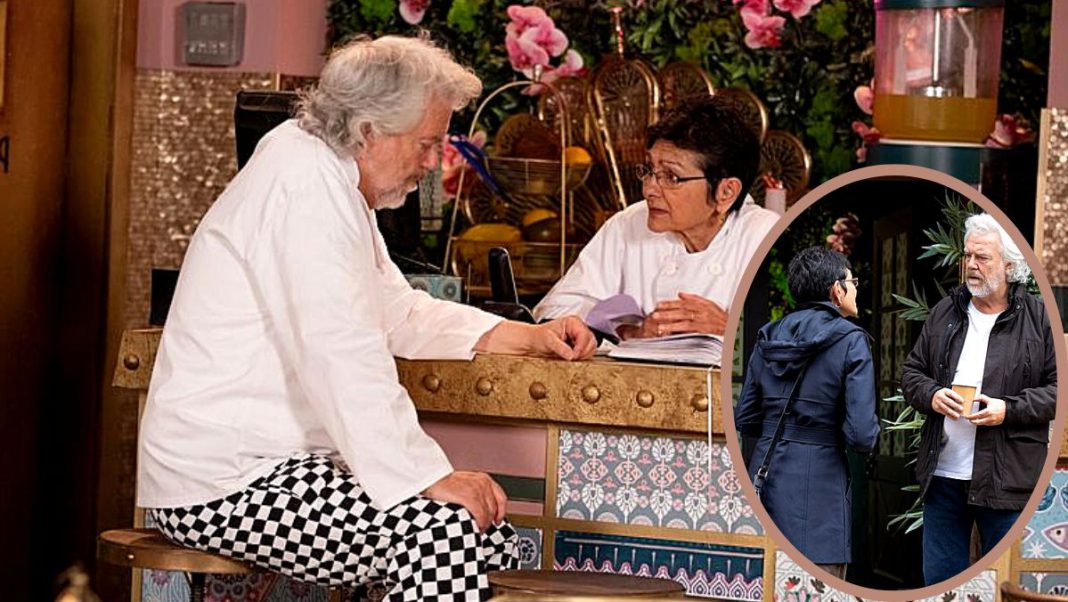 A step too far?

Stu Carpenter from Coronation Street will experience the shock of his life as a result of Yasmeen Metcalfe’s audacious action.

As they haven’t spoken in 15 years, Stu will continue to be pessimistic about his connection with daughter Bridget in subsequent scenes.

Stu volunteers to cover Zeedan Nazir at Speed Daal and recalls his own pleasant recollections from his own time spent in the Greek city when Zeedan Nazir receives a call from his friend inviting him to Athens for a week.

After hearing Stu’s memories of pleasant family vacations, Yasmeen begs him to keep looking for Bridget even though she has broken off all contact with him.

Later, Yasmeen tells Zeedan privately that she has taken it upon herself to independently determine Bridget’s whereabouts, without Stu being aware of it.

We already know that Stu and Bridget are getting back together thanks to some recent paparazzi set images, so it will be interesting to watch how everything plays out.

On the British Soap Awards red carpet last month, Stu actor Bill Fellows said to Digital Spy: “I don’t think I can disclose too much, but there’s a significant plot regarding Stu’s past and why he was homeless when we first saw him.

“It has to do with why he was in that situation, and a significant event from his background is involved. I doubt I have much more to say than that.