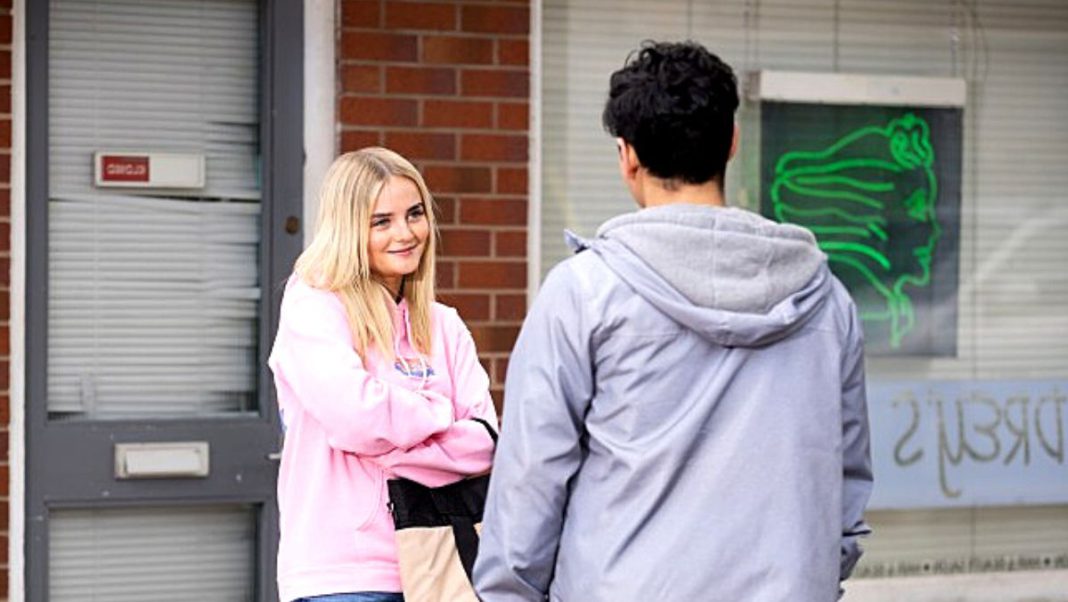 Next week on Coronation Street, Kelly Neelan (Millie Gibson) will have a challenging and dramatic week as she is imprisoned in a dungeon by a former friend of her late father Rick. However, amongst all of this, it appears that she may be set to experience romantic fulfillment.

Kelly is appreciative of Aadi’s (Adam Hussain) support when he offers to accompany her on her mission to recoup her dad’s debts from his clients using the money she inherited for him. Kelly consents to accompany him on a date to Speed Daal.
When she doesn’t arrive, he is disappointed. The following day, he runs across Gary (Mikey North) and Maria (Samia Longchambon), who are worried since Kelly hasn’t been home all night. He reveals that she was on her way to see one of Rick’s clients, and when Gary receives a ransom call, he quickly realizes that she is in grave danger.

As Kelly watches in terror, Gary rushes to the rescue and engages the kidnapper in a fierce fight.

Kelly remembers her plans with Aadi that were so tragically derailed after the dust has settled. Although she apologizes for canceling on them, she says she wants to try again.According to Millie Gibson, Kelly and Aadi make a compatible couple. She claims that because of his sensitive and patient nature, he would be the ideal person to fall for if he were to gradually tear down her defenses and win her over because, in a way, he is Kelly’s antithesis. He provides a healthy balance for her. She might be susceptible to his charms.