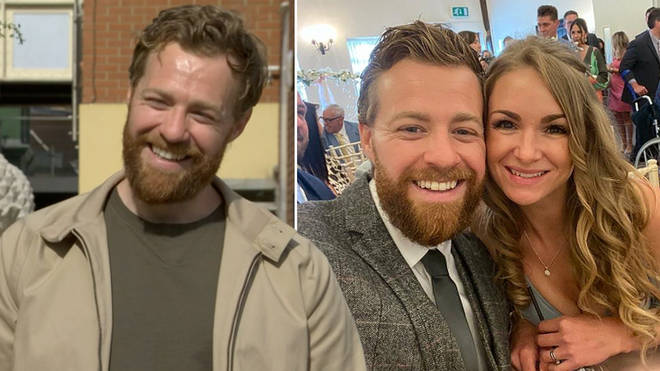 Who is Anto Sharp and how do you recognise him? Everything you need to know about the ‘straight in my basket’ star…

Before inviting him to get a drink, he confessed to having a crush on Ben (Max Bowden).

You don’t recognize me do you, James remarked as he approached Ben in Walford. He then continued, “We went to school together, and I genuinely had a crush on you back then.”

But who is the actor Anto Sharp who plays James in EastEnders, and what do we know about him?

Who plays James McIntyre in EastEnders?

James McIntyre is played by Anto Sharp, who made his EastEnders debut on Monday, July 18.

It’s unclear if Anto will remain a cast member long-term or if he was merely appearing in a cameo.

Anto is a social media celebrity, writer, and actor best known for the films Becoming Everything, Witch, and Feed Me.

Someone who saw Anto in the BBC soap posted on Twitter, “Almost positive I’ve just seen @AntoSharp appear on Eastenders,” after recognizing him there.
Another person commented: “I never expected to see @AntoSharp on Eastenders! I’m shaken!

Who is Anto Sharp?

That’s Going Straight in My Basket is possibly Anto Sharp’s most famous sketch.

This involves the popular YouTuber visiting multiple supermarkets and announcing aloud, “That’s going straight in my basket,” while she examines various items.

Anto announced the news of his new position by publishing a photo with the caption, “What’s going on here then??

“Wow, my brother! Outstanding. One follower said: “Richly deserved,” while another added: “Amazing!!! Many thanks “

Since September 9, 2015, he has been married to Jenny Davies, with whom he has two young children, Es and Louis.